MORGAN IS A BLEND OF CRAFTSMANSHIP AND TECHNOLOGY 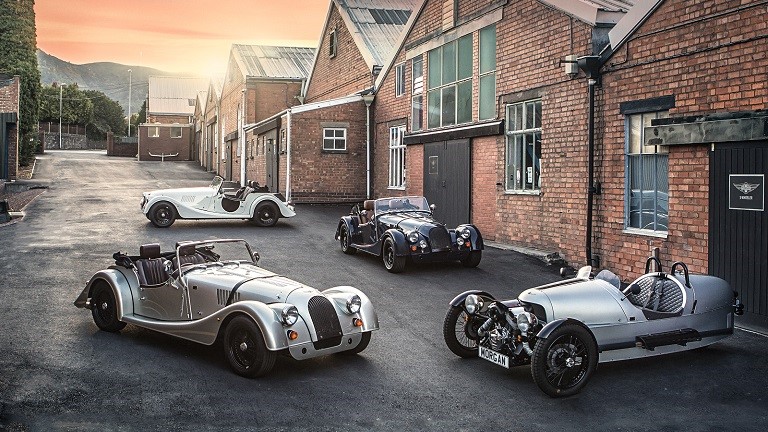 Morgan car models held their own within the market with their 2 seaters cars in the early stages accompanied by 3 or 4 wheels. It was an incredibly unique car model even before Aston Martin and Morris cars arose in strength.

The Morgan Motor Company offers a suitable answer to the exceptional mix of traditional craftsmanship and appropriate modern technology. This unique blend of craft has its own heritage and delivers a pure driving experience. Morgan cars are still manufactured at the heart of where H.F.S Morgan built his first car in Malvern, UK.

Morgan Motor Company holds the title for the longest running production car in the world for its Morgan 4-4 which started in 1936and continues to be produced to this day.

Morgan still follows the same philosophythey’ve had for 110 yearsall in order to preserve its authenticity in design and engineering, to craft and manufacturing, even to sales and tailoring. Every Morgan is designed and built to be as individualas its owner.

Morgan car created fame by entering its’ cars in races. The first race Morgan won was in France in 1913. This car model offered the fundamental elements for the company’s best known models; the Morgan Aero, the Morgan Super Sports and Morgan Sports. Then, the Morgan F-Series started with the three-wheeled models, all were powered by the Ford engine which was also used in the Ford Model Y. Morgan cars used different car engines throughout the years from Triumph engine to Fiat engines and Rover engines. When the four cylinder large engines became hard to find, Morgan cars started using Rover V8 engines. The Morgan cars had a wood body car that made Morgan products famous.

Every hand crafted Morgan car is built from three main elements: ash, aluminiumand leather. Every Morgan car is entirely unique and built to the highest standards of passionate craftsmen and women whose skills are handed down through generationsand perfected over a lifetime, bringing together heritage, innovation and cutting-edge technology.

In 2019, Morgan foresaw a new CX-Generation bonded aluminium platform. Powered by the latest BMW 3.0 L turbo charged engine, the Morgan Plus-Six is Morgan’s most vigorously capable model ever made and represents the pinnacle of the Morgan product range.

If you order a new Morgan car, you can go and watch your car being built and choose from a wide range of paintand leather-trimoptions, along with the extra details that make each Morgan car unique to its owner, which is an absolute privilege in itself.

With Morgan cars, any model gives you a unique spirit of adventure. When you buy a Morgan car, you feel that you are special by owning a car that was tailoredspecifically for you and you will be joining a worldwide community.